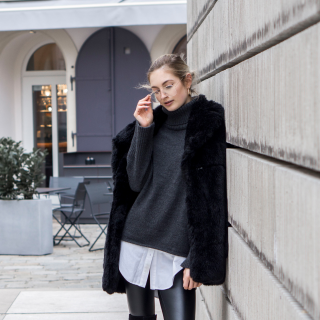 I wanna tell you the story about my first week here in Vienna and how my moving process had been working. I just don’t know where to begin, this moving process was the worst thing I’ve ever done.

First of all I planned it pretty precisely and that is nothing you should do, just be spontaneous, otherwise everything, and I mean EVERYTHING will go wrong. But starting at the beginning. My plans were to move on the 13th of September, right after my trip to Tuscany. A friend of mine told me that she has a truck I can borrow and my renter told me that he will bring the key to my apartment. The university told me that all my papers have been accepted and that it will be finished by September 18th. Well so far so good. BUT than everything fell apart.

First of all my friend told me that the truck wasn’t available at this point so I would have to shift the whole moving two weeks, which wasn’t possible because my dad took a day off to help me. I wasn’t angry at my friend but at the situation so I had to rent one, which is pretty expansive. Second the renter told me it’s not possible to give me the keys I will have to pick them up by myself so my boyfriend and I drove into the inner city, which is far away from my apartment and we were stuck in traffic for hours. Also loading my whole apartment into this truck wasn’t easy either because we had to park three streets away and had to carry everything. After finally getting my keys I lost my boyfriend because he couldn’t park anywhere so he was driving around and as we didn’t know Vienna at this time, we weren’t able to come back together. 1 hour later – finally in my apartment – it turned out that the train in the kitchen was clogged, the lights weren’t working, the seams in the shower weren’t clean and something else, which I can’t remember anymore. Well find a plumber on a sunday at night. I was crying so badly I thought my whole idea of leaving my hometown, changing my life completely was the worst decision ever made. The cherry on top was that the university was lying, my papers never reached them so that everything was for nothing. That was the worst week in my entire life, I swear. But after that everything turned around completely, the renter repaired everything, the university found my papers and I had the best first week ever. I met so many nice new people and so many friends came to visit me. I am so glad that I made this decision, I will never regret it. Now I am more happy than I have ever been.

I hope you guys like my stories, so I will tell you more.